If you want to contact with us: info@leapman.eu
ES | EN
“Leading wisely in uncertain environments”
News 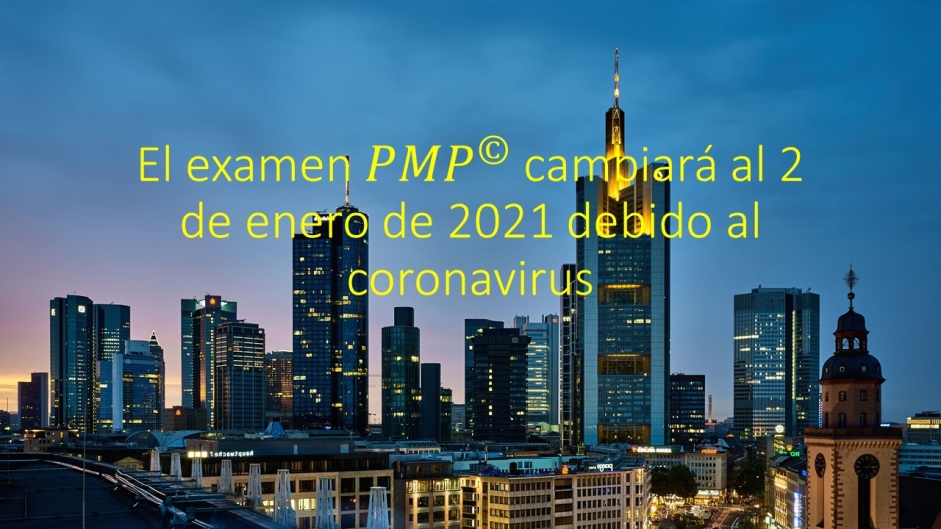 Did you know that the PMP® certification exam will change by July 1st 2020?

The PMP exam change is delayed again due to the coronavirus crisis. Beginning January 2, 2021, the exam will identify new content that was initially scheduled for December 15, 2019, and later postponed to July 1, 2020. Measures have also been adopted to extend the exam deadline to those who have previously registered will not be able to take the exam due to mobility restrictions currently in progress. Leapman consider this measure a great response to the current situation. 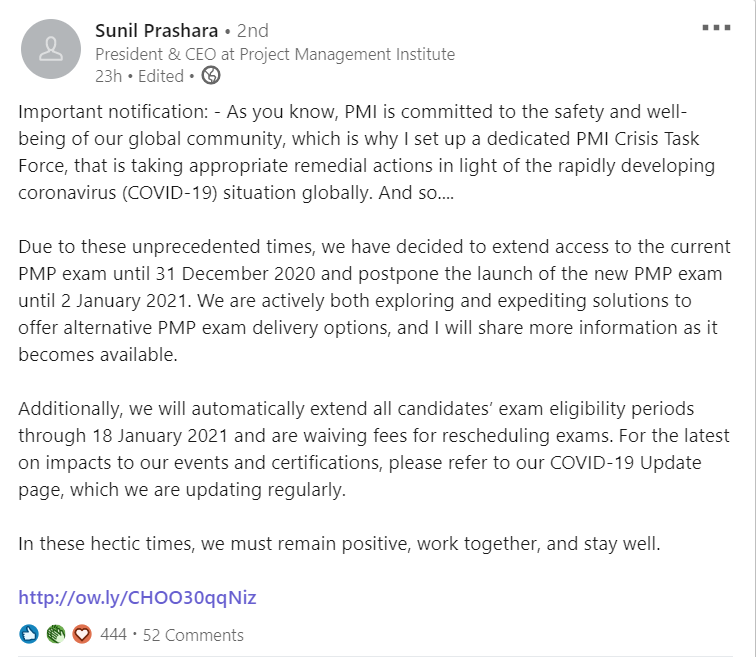 The primary study material was PMBOK 6th Edition while other references have been shared.  PMI will adjust the Project Management Professional Content Examination Outline, a base document that includes the fundamental tasks to be performed by the Project Manager.

The first thing is to review in detail the changes between the current version and the one that serves as the basis for the exam as of January 2, 2021.

The new content will reduce the 5 groups of processes that have been considered so far (inititiating, planning, execution, monitoring and control and closure). Starting in July, there will be 3 groups of processes that are people, processes and the business environment. Of these 3 areas, it is known that 42% of the affected questions focused on people, 50% on processes and the remaining 8% in the business environment. In the following link you can see the new points affected in the content of the exam.


The most significant change is the indication by PMI © that the exam will include equally distributed predictive environments or waterfall in 50% and agile and hybrid environments in the remaining 50%. The practical implications of this move will be seen only after the first few exams.

Relevance of the PMP © certification

Globally, PMP © certification holders have an average of 37% more salary compared to other project managers with similar non-certified experience.

Switzerland remains the country with the highest salaries for Project Managers with $ 130,966. The top 5 is completed by the United States, Australia, Germany and the Netherlands. Spain is ranked 22 on that list.

Regarding salary developments in the next 12 months, 62% expect salary increases compared to 4% who expect decreases and 35% maintain the same salary.

We attach a webinar prepared by our CEO Pedro Balsa on Why do I need to be PMP © certified?


Keep in touch with us